NEW DELHI: If the erosion in market value of financial giants HDFC Bank and HDFC were to put in numbers, investors’ wealth equivalent to the market cap of Bajaj Finserv has been eroded since April 4, the day a merger announcement between the two sent their shares soaring 9-10 per cent.

The two stocks commanded a combined market value of Rs 11.45 lakh crore compared with about Rs 14 lakh crore on April 4. Their combined value erosion of Rs 2.58 lakh crore is bigger than Rs 2.51 lakh crore, the market capitalisation of Bajaj Finserv .

As far as the merger between HDFC and HDFC Bank is concerned, 42 shares of HDFC Bank would be given for every 25 shares of HDFC. It is expected that the deal would take 18 months to go through.

There are some concerns regarding the marginal hit to profitability of the merged entity due to higher SLR and CRR requirements. HDFC does not have statutory requirements like SLR and CRR, said VK Vijayakumar, Chief Investment Strategist at Geojit Financial Services.

“The weakness in HDFC twins after the merger announcements is due to sustained selling by FPIs and shorting by speculators exploiting the FPI positioning in the stocks. From the valuation perspective HDFC twins are attractively valued, the short-term technical weakness not withstanding,” Vijayakumar said.

For HDFC Bank, a less than expected quarterly earnings also weighed on its stock’s prospects in the near term.

A host of brokerages have trimmed their price targets on the stock as they felt March quarter earnings growth at 23 per cent YoY was mainly driven by lower provisions. Operating profit growth of 5.3 per cent was subdued, analysts said, adding that net interest income (NII) growth was below expectations.

“We are again at a point where the risk of further de-rating is high if more uncertainties arise during the merger,” Kotak Institutional said in a note.

Emkay Global said that despite sector-leading credit growth of 21 per cent YoY, HDFC Bank reported a slight miss on PAT due to continued weak core profitability, which was dragged by weak margins/fees and additional contingent provisions of Rs 1,000 crore. This brokerage has cut FY23-24 earnings estimates for HDFC Bank by 2-3 per cent and expect average sustainable return on equity RoE to moderate to 17 per cent from 17.6 per cent earlier. 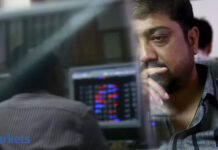 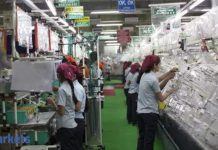 Concor shares up 1.81% as Nifty drops