The Helicopter crash in which Chief of Defence Staff General Bipin Rawat and 13 others were killed was caused by bad weather, clarified the IAF probe panel on Friday.

The Tri-Services Court of Inquiry into the Mi-17 V5 accident, in its preliminary findings, ruled out mechanical failure, sabotage, or negligence as a cause of the accident. The accident was a result of entry into clouds due to an unexpected change in weather conditions in the valley, they said.

This led to spatial disorientation of the pilot resulting in a Controlled Flight into Terrain. Based on its findings, sources suggested, the Court of Inquiry has made certain recommendations that are being reviewed. The inquiry team said that it analyzed the Flight Data Recorder and Cockpit Voice Recorder besides questioning all available witnesses to determine the most probable cause of the accident.

Earlier, people familiar with the chopper crash said that no technical snag or sabotage and bad weather leading to a phenomenon called Controlled Flight Into Terrain (CFIT) is believed to have been identified as the prime reason for the crash of the IAF helicopter near Coonoor that killed CDS Gen Bipin Rawat and 13 others.

Chief of Air Staff Air Chief Marshal VR Chaudhari and Air Marshal Manvendra Singh who headed the tri-service investigation into the crash apprised Defence Minister Rajnath Singh on the findings of the probe. 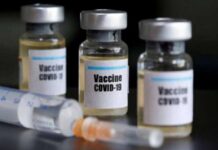 With Yellow alert in place, Delhi metro capacity down to 200...