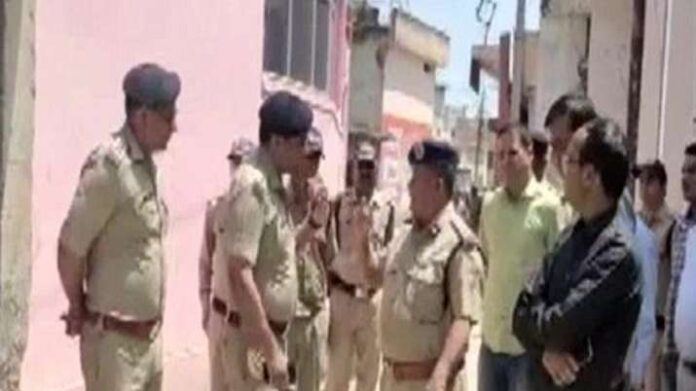 At least 11 persons have been arrested following the violence that erupted in the Bhagwanpur area of Haridwar during a religious procession on Saturday. The Haridwar Police has said that the situation is now peaceful. Senior Superintendent of Police (SSP), Yogendra Singh, told news agency ANI that sufficient force has been deployed in the village.

“Eleven people have been arrested. Sufficient force is present in the village. Meetings are being held with the people. The situation is peaceful,” he said.

“Stones were pelted by unknown persons and the search operations have begun to arrest the miscreants. Yes, injuries have been reported but no police personnel was injured in the incident. Over 60 police personnel have been deployed in the area,” said the SSP on Sunday.

Numerous people were injured on Saturday in Haridwar, after violence broke out on the occasion of Hanuman Jayanti, during a procession. As per reports, violence took place in the late-night hours of Saturday.