The officials of the Indian space agency will soon visit Maharashtra to look into the objects that fell from the skies in Pawanpur village of Chandrapur district on April 2.

According to the Indian Space Research Organisation (ISRO), it has received formal communication from the District Magistrate and District Collector of Chandrapur in Maharashtra.

“It is reported that a metal ring and a cylinder-like object are found in an open field in Pawanpur village. As requested by the district administration, a team of scientists from ISRO is visiting Pawanpur for inspection and further scientific inquiry,” ISRO said.

Inputs from several sources were received on the mysterious flashing light seen in the sky during the evening hours on April 2 in Maharashtra and Madhya Pradesh, the space agency said. 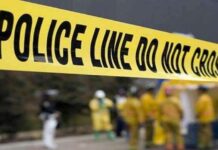 Reena Dwivedi, viral UP poll officer, is back in western attire...