The actor, who started his career as an assistant director, says that he likes the idea of being a director and though he wants to cement his position as an actor now, he looks forward to directing a film someday

Actor Pavail Gulati started his career by assisting casting directors Shanoo Sharma and Mukesh Chhabra and as assistant director on ad films and plays. While he is busy carving a niche for himself as an actor now, he tells us that he plans on donning the hat of a director someday.

Talking about how he likes “the idea of being a director”, the Made In Heaven actor shares, “Maybe in the future, I will direct a feature film. I like the atmosphere on a film set. I like getting myself involved in everything when it comes to films, be it the sound department or the editing department.”

But he’s in no haste as he feels this is the time to concentrate on his acting career. “I understand that direction involves too much of hard work. Hopefully someday, I’ll reach that stage because it really fascinates me. I’ve got to learn a lot more and spend a lot more time in the industry to come to that point,” he says.

Gulati, who grabbed the attention of many with his noteworthy performance in Thappad (2020), looks forward to three big screen releases this year. Quiz him if he feels he’s taking it slow and he elaborates, “I’m concentrating more on quality then quantity. Thoughts like I’m not being seen enough and my projects not releasing crawled up in my mind in the past two years. But I’m not one of those people who want overnight success. I want to build my credibility among the audience and the film industry, slowly.”

So, is he concerned about shedding off the label of ‘the Thappad actor’? “I don’t think I’ll be labelled that way because I’m doing a lot of different stuff with various directors. The pressure, however, is of getting the right projects because I started on a high. And I want to be consistent with it,” Gulati ends. 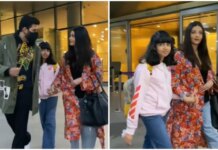 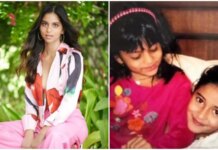 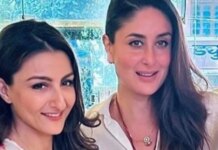