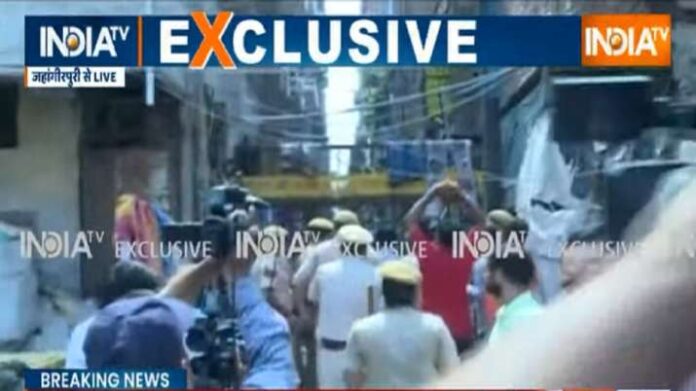 Stone pelting has been reported once again at police officials on Monday who were visting Delhi’s Jahangirpuri area to probe Saturday’s violence during Hanuman Jayanti shobha yatra. An inspector Satendra Khari has received injuries on his foot.

At least 23 people have been arrested in relation to Jahangirpuri clashes. Two prime accused Ansar and Aslam were produced in Delhi’s Rohini court on Sunday along with other accused. Both of them were sent to one day police custody while 12 others were sent to 14-day judicial custody.

Two juveniles have also been apprehended in the case.

Probing violent clashes, Delhi Police chief has said that there was no attempt to hoist saffron flag at a mosque during Hanuman Jayanti procession, as alleged by some people belonging to a particular community.