NEW DELHI: IT major on Wednesday said its standalone net profit for the quarter ending December fell by 8.67 per cent to Rs 2419.8 crore from Rs 2649.7 crore in the corresponding quarter last year.

That said, its revenue from operations increased 21.29 per cent year-on-year (YoY) to Rs 15,278 crore from Rs 12,596 crore in the same quarter last year. This is lower than analysts’ expectation of around 30 per cent growth in revenues.

Wipro said it expects revenue from its IT Services business to be in the range of $2,692 million to $2,745 million. This translates to a sequential growth of 2 per cent to 4.0 per cent.

“Wipro has delivered a fifth consecutive quarter of strong performance, both on revenues, and margins. Order bookings have been strong too, and we have added seven new customers in the more than $100 million revenue league, in the last 12 months,” said Thierry Delaporte, CEO and Managing Director of Wipro.

“Our strategy and improved execution continue to serve us well, and we are confident of building on this momentum. We are also excited to have completed the acquisitions of Edgile and LeanSwift Solutions in the quarter, both of which will add to our capabilities significantly.”

The company also announced an interim dividend of Re 1 per share. The record date for this will be January 24, 2022. The payment of interim dividend will be made on or before February 5, 2022. 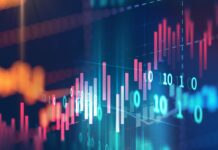